Interview Agent Fresco Iceland is an article by Jordi Pujolà, Spanish writer in Iceland, it´s part of the project La Contra Islandia which aim is to put in contact Spanish and Icelandic cultures, with the support of Icelandic Mountain Guides and Iceland Rovers 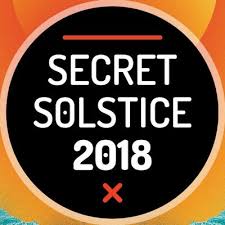 Agent Fresco is an Icelandic band that combines pop, alternative, rock and metal, formed in 2008, just weeks prior to win the competition Músíktilraunir. They sing in English and their show is outstanding

Lyrics are very poetic, almost epic, the name of the last album is Destrier

They remind me a bit the Smashing Pumpkins, but it´s just a personal opinion

…In a Sigur Rós´ concert  in Denmark, I was almost crying because  they were something so unreal, so beautiful…

About getting late to the venues

…I hope everything will be all right; but man, if it doesn’t happen, totally cool, we are enjoying the ride

About getting drunk in Þjótahátið

…I don´t really agree with people who like getting totally drunk, I more focus on the music

Some questions to the singer and composer of Agent Fresco band, Arnór Dan

He is tall, handsome and very sensitive, but still with the feet on the ground. In the last interview to HAM (check here), I remarked the contrast of Sigurjón and Óttar´s voices, but in Agent Fresco, Arnór Dan is able to sing as both, from acute to deep voice, in seconds

The band got mad playing Black water. Arnór Dan had the cable of the micro rolled like a snake in his arm, the hair of Hrafnkell Örn (drummer) almost touched the roof, the guitars were on fire… at the end, Arnór jumped from the stage to the fence in the middle and then joined the audience (shocked security guards couldn´t stop him)

Why Icelanders are more open to changes?

It looks like Icelanders are more open to changes and reach their dreams more easily. What is your opinion?

There are many factors that impact and inspire the human beings such us the surroundings, the environment, the crazy funny weather… (from the constant light and energy  in summer to the darkest time in winter), so people are ready to make big changes that are not normal for others, changes that affect decisions, work, relationships, music, creations…

Why a country so little has so great bands?

Definitely It´s not for the money, it´s for the passion. Except for a lucky few, making a living from music in Iceland is very difficult (the most of us have another job) because the scale of population. For example, in Agent Fresco, we have been working hard for 10 tears, doing great tours, having so much fun,  but still not near to be able to live about it at all, you know; people are in the music for their passion, that´s may be the key reason to why some of the Icelandic music sounds so unique, we don´t do it for the money

I was so happy on stage because it was our  first show in Iceland since September last year; man, we missed a lot the tours. For me, to not performing for so long  and not having release anything since last year and still getting a lot of people at the time of the show so early on (it doesn’t sound it´s early at 6 PM but its still early for a lot of Icelanders) it´s great. When we left, while Slayer was playing, there were still people coming in, it was the last main concert, this mentality of going out late is so ridiculous some times

I like these festivals because you get the chance to play for some people you  have never seen before, we have been playing for so many years that it´s good to see young people being interested in us as well

What do you think of Þjótahátið festival, let´s get drunk and get some music as well?

Variety of music in Icelandic festivals

We like being invited to every single festival in Iceland, they are open, not focus on only one sound range, otherwise that would kill the vibe of all the bands. You can be the best trash metal band and then have 4 other metal trash bands and then your sound becomes inevitably monotonous, dull for the ear

The meaning of the name Agent Fresco

Let´s letting people guest and try to figure out themselves

Well, its not deep philosophy, may be it came philosophy by the years; my grandpa say one thing at one time that was very cool: the fresco for the painting and agent is a person selected to represent you: you are the painters of your music, thoughts, ideas, passion that always changes at the canvas

But hopefully the most important is just the music, music shapes the meaning, music is all

Inspiration in Iceland living in Denmark

Sadly I am out of touch when happened many things here in Iceland, I was like a tourist when I moved in 2006, but still I was very interested in Icelandic bands

They inspired me very much. In a Sigur Rós´ concert  in Denmark, I was almost crying because  they were something so unreal, beautiful and the sound was so magical…

We are writing the new album, it´s taking 2 years  now and we´ll be recording after the EU tour in September. We put pressure in ourselves but it´s not because we want people to love what we are doing, to sell records or to get a hit single. It´s because we want to do what excites us and if we don’t feel like the fun, then we start over

As a writer,I love this long process of writing. Lyrics are the foundations of songs

We are really looking forward to finish the new album and do some more tours. I hope everything will be all right; but man, if it doesn’t happen, totally cool. We are enjoying the ride, we love being on stage together, only that is fucking great for all of us

So far so good

You get older, you get wiser, you prioritise differently, you want to do good for your self but do good for others and have fun when doing it and try to enjoy every moment of that, and whatever happens with the album, we´ll be happy, so far so good

We have been 3 times in Barcelona venues but only in one festival  called Be prog! (2016) That opened up a lot of doors, we need badly more of those shows and the contact with our international fans. We also have been to Sevilla and Madrid

I love people in Spain because they are very passionate, really loud…; but in Barcelona, I tried to be cautious when talking on stage, because I didn’t want to make a mess of the problem regarding Spain and Catalonia. I respect that and I hope they soon find  a solution

Icelandic scene is different and bands are much more humble than in other countries. When Leana (my photographer) and I finished the interview to HAM at he backstage, we saw the guys of Agent Fresco on the next table and wished them luck for the show. Although they are super cool and have won many competitions, they looked look like just four normal guys

I was very shocked when I asked Arnór Dan if they were interested in playing in Sonar Barcelona (my city) and he replied:

It´s something we would love it, but I don’t think they are going to invite us

Did you study music?

Your voice is very dynamic: bright, dramatic, it can change in seconds from the calm to the storm. Did you take classes?

Yes, some. Nevertheless, I think I ruined them. Very professional teachers, very talented vocalists… but I mostly learnt from listening to many kind of music (hardcore, noisecore, pop, metal…) and different emotions that people are trying to express with their voices, and training alone (writing music, screaming, trying to push my voice here or there) or with my friends

Singing alone helped me to open. As an artist, I really needed to express my self and singing was my way. Its natural to me to reflect any atmosphere with the  voice

However, If I were in a band that plays the same kind of music in every song, I wouldn´t be so varied with my voice. I am lucky I sing with these guys and we perform together

What is your favourite music?

All kind, but specially I love pop

I was inspired by a lot from bands such as: Mínus, Sigur Rós, MUM, Mugison, Converge, Black Brothers…

Of course, the audience wants to take the advantage of touching the artists and unfortunately that is missing a lot; there are many artists they forget to do it

I don´t necessarily want a performance to be 100% spotted on, pitched perfect, every thing the same, people standing still… I want to see passion, I want to  see performance, I want to see connection with the audience and feed back… and if you don’t see that, what is the fucking point of having a life show?

Your favourite place in Iceland

There are hidden spots anywhere out of Reykjavik. I suggest to do a road trip with friends listening to music

And I strongly recommend going to the thermal baths (public swimming pools) all the year around, they have hot pots outside, steaming room… They are much cheaper than the Blue Lagoon (tourist trap) and you have the chance of meeting local people. It´s a nice and relaxing way of starting the day. So bring your swimming clothes and don´t be shy. Yes, Icelandic people can be shy as well, but just in the beginning, later on they open up like a flower